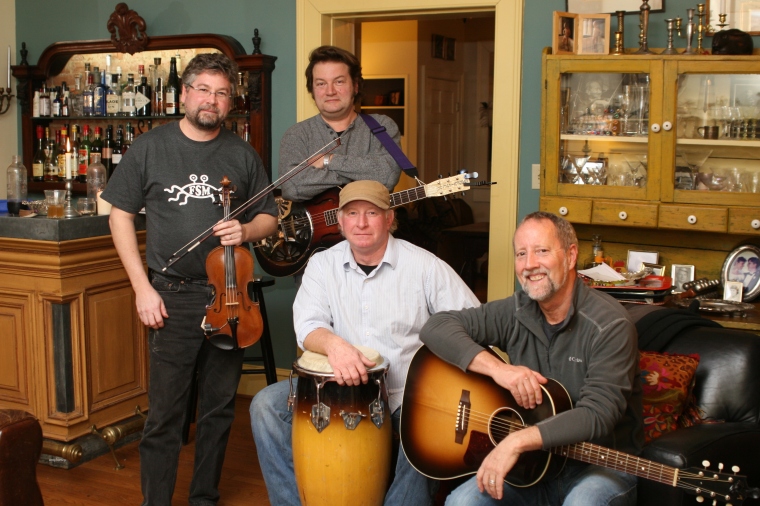 Last night we spent some time working out the arrangements for the four new songs that we will record in the studio this Sunday. That will get us to seven songs in the can for the new CD! We also spent some time chatting with reporters from Leesburg Today and the Winchester Star. Amy was the staff photographer.

We plan to play all of the new songs in concert for you at the Barns of Rose Hill in eleven days. Come see us!

What: The Bitter Liberals in concert with new songs for 2014
Who: Allen Kitselman (guitar/vocals), Mike Jewell (conga/vocals), Gary McGraw (violin/vocals), Clark Hansbarger (guitar/vocals)
When: Friday, February 21st, 2014, Doors open at 7:30 pm, music starts at 8:00pm
Where: The Barns of Rose Hill, Berryville, VA
Tickets: $12 in advance, $15 at the door

BUY TICKETS NOW ON THE NET. 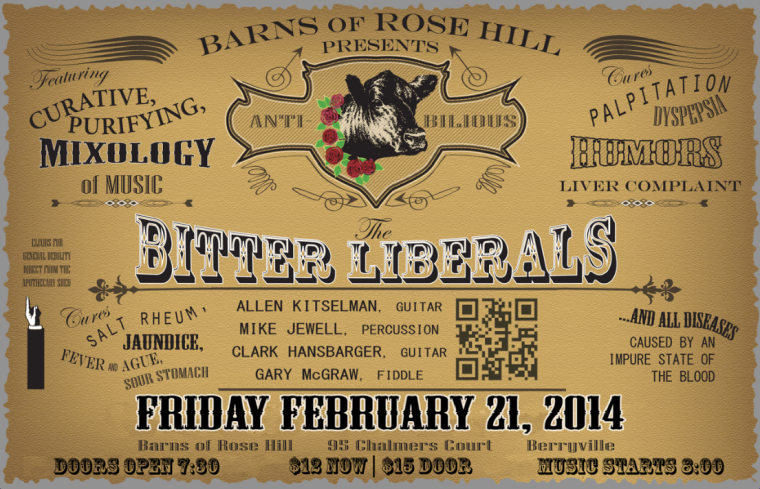 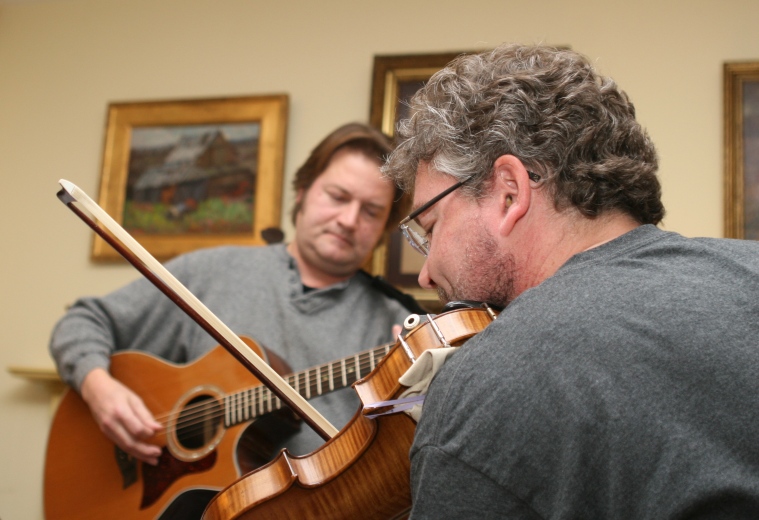 Gary McGraw and Allen Kitselman of the Bitter Liberals. 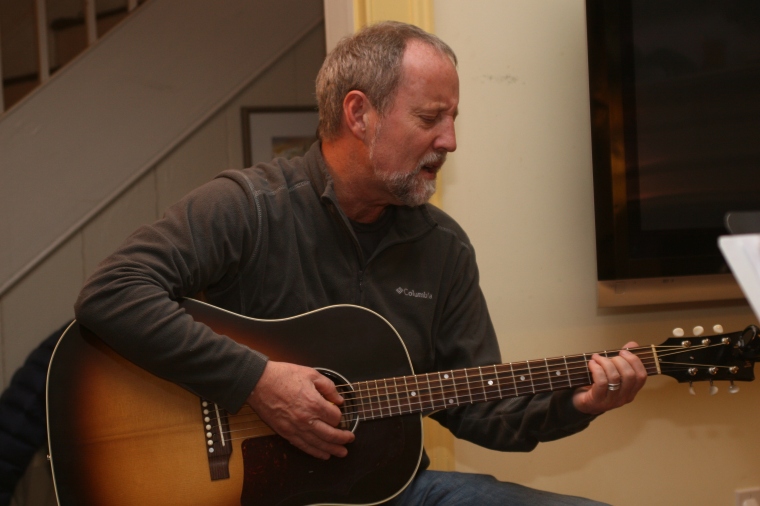 Clark Hansbarger of the Bitter Liberals 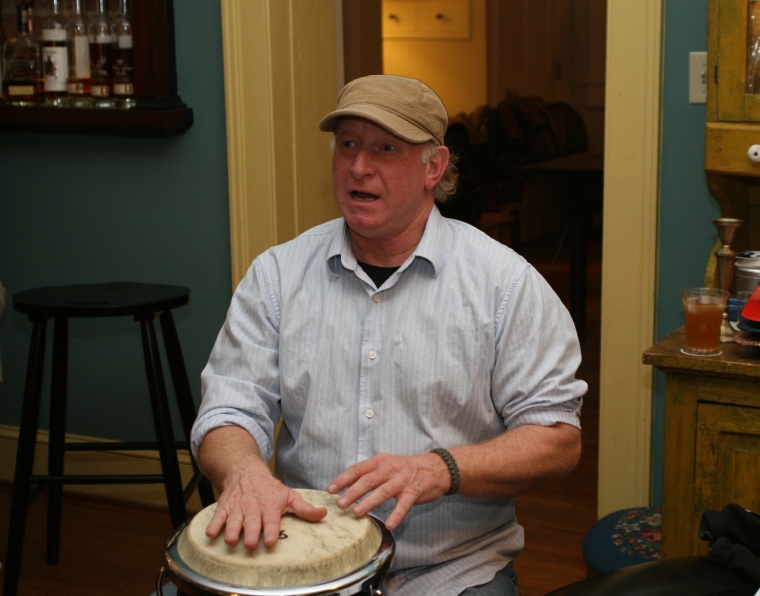 Mike Jewell of the Bitter Liberals