Yeah, they live in New Hampshire, which is not exactly local, but believe it or not, you already know all about the work of April and Rhine.  Together with Gary McGraw, Rhine makes up Where’s Aubrey who have been playing shows in Virginia (and raising money for charity) for many years. Where’s Aubrey will release its eighth CD, diversion, in a show benefitting Habitat for Humanity in Clarke County. Read more about the Habitat mission here.

But guess who made the poster for the Where’s Aubrey show? That’s right, April Claggett, the same artist who makes all of the Bitter Liberals posters and CD art. Check out some of her work here. 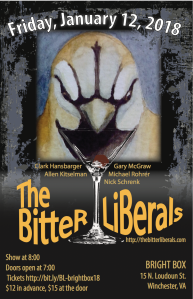 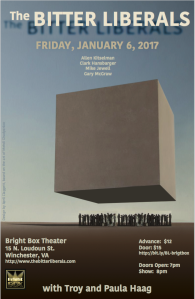 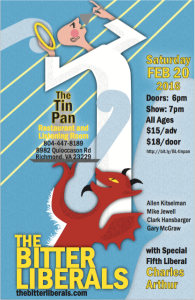 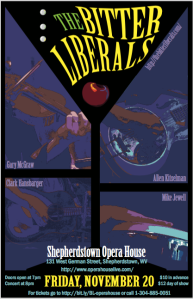 Buy a copy of Again on amazon 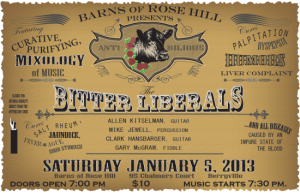 Of course, April is a real artist, not a poster designer. She just likes us. If you love April’s art as much as we do, you should go to her art opening December 30th, 4-6pm at Dharma Studio in Winchester, VA (produced by Amy Barley). 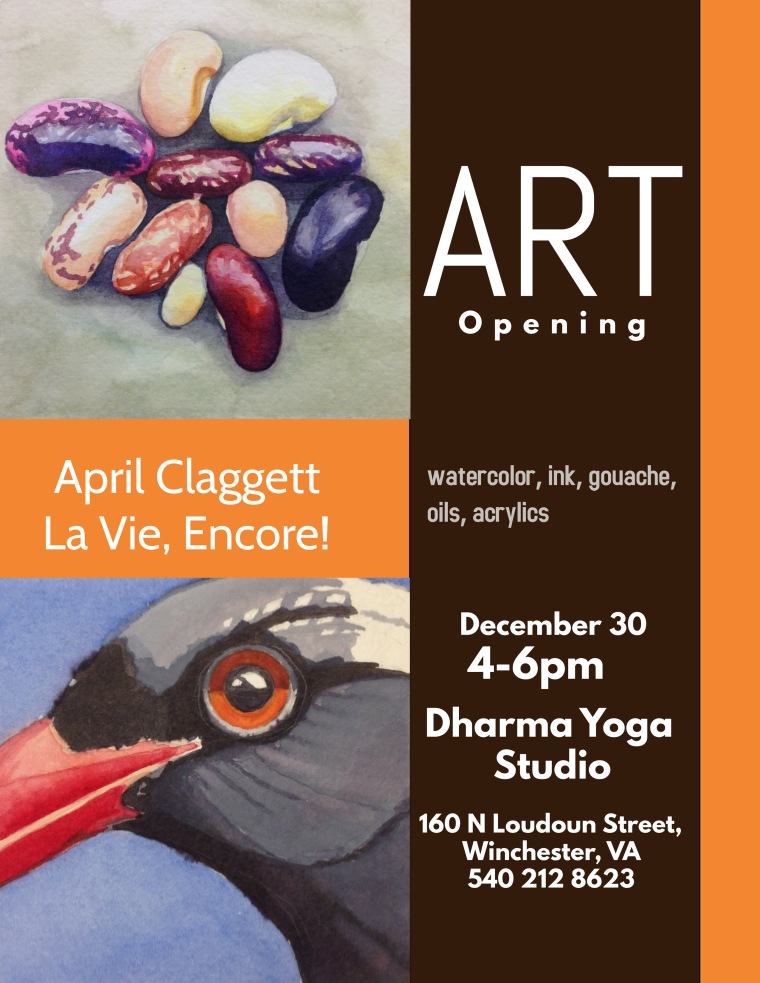 Special bonus, here is a track of one of Rhine’s songs “Seven Hours Till Dawn” recorded by the Bitter Liberals as a surprise for Rhine’s 50th birthday.