The Angostura Liberals (a particular kind of bitters) will open for the multi-talented Curtis McMurtry at the Barns of Rose Hill in Berryville on March 15th. Buy tickets here. Last seen together with Curtis’s famous musician father James McMurtry in Waterford, Curtis and his fine band played just before the Bitter Liberals for an enthusiastic standing room only crowd of over 250. Some video and audio from that event is here.

The Angostura Liberals include the motley and dangerous Bitter Liberals Allen Kitselman on guitar and vocals and Mike Jewell on conga and sweet sweet harmony. They are sure to play a variety of Bitter Liberals tunes and some Genghis Angus favorites to boot. 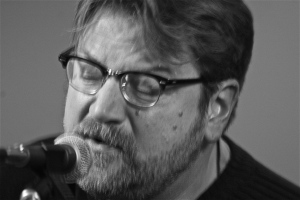 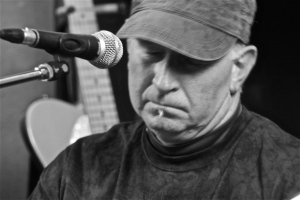 Curtis is the son of Americana Award winning songwriter James McMurtry, and the grandson of novelist/screen play author Larry McMurtry.

Curtis McMurtry began writing songs at the age of four, deftly articulating such tragedies as Hephaestus’ fall from Olympus and Godzilla’s rampage through Tokyo. Ever since, Curtis has continued to write songs from the skewed (occasionally schizophrenic) perspectives of various characters he has met, read about, or imagined. 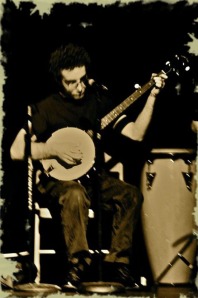 Curtis began performing in bands during middle and high school, playing as many instruments as he could get his hands on, and experimenting with numerous genres. By the end of his senior year of high school, Curtis had assembled God’s Chosen People, a group of his fellow Jazz band students, and used them to perform his brand of church-and-circus-inspired Americana music in the clubs of Austin TX. The group soon recorded their debut, Belly of the Whale at WIRE recording. God’s Chosen People has since evolved into a 7-piece band, featuring a dixieland horn section (clarinet, trumpet, saxophone and trombone) as well as delightful three-part vocal harmonies,= perhaps most inspired by Denver’s Paper Bird (however, the influence of Curtis’ hero, Tom Waits, is sometimes difficult to miss). Though the members are away at various colleges throughout the school year, they reunite over their winter and summer vacations to play in Austin clubs such as Momo’s and the Continental Club. In the summer of 2012, Curtis McMurtry & God’s Chosen People released their sophomore album, Proper Way To Travel.