Oh boy are we chock full of news and energy.  First off, we played a really solid show with a great, appreciative crowd at the Tin Pan in Richmond last Saturday night. Second, we’re recording a new record in the studio next week. And third, we have a new undisclosed location for Bitter Liberals musica on the mountain!

Lets start with thing the first, Richmond. As you know, we’ve been practicing, rewriting, compiling, and otherwise becoming one as a band with our new rhythm section. The hard work is paying off in some very good music. Lots of people who came to see us in Richmond and who already know our body of work say we sound better than we ever have. Having Nick and Michael holding down rhythm changes the feel of the Bitter Liberals in very positive ways.

But don’t take our word for it, listen for yourself! Here are some pictures and videos from the Tin Pan. (BTW, we love playing the Tin Pan and hope that some day you can come see us there yourself.) 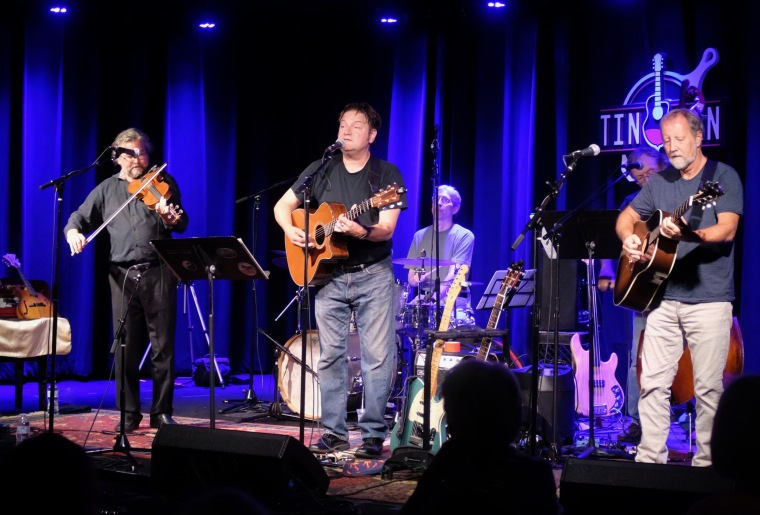 Here is an audio file captured from the soundboard (the sound does not do justice to what you experience live, but it’s still pretty good). Monkey in the Middle is one of the 11 songs we’ll record properly next week.

And a video of the same song. This song is representative of our new material. Modern, clean, and still the Bitter Liberals.

Gary McGraw and Allen Kitselman of the Bitter Liberals sing

Soundboard audio of Since You’ve Been Gone, another song we’ll record in the studio next week.

One of the great things about the Bitter Liberals is our arsenal of multiple songwriters. To be sure what comes out of the crucible is 100% Bitter Liberals, but what goes in makes a huge difference. Clark and Allen are seasoned, professional songwriters. Here is a new song written by Allen. Can you tell he wants to rock and roll? This one will go on the new record too. 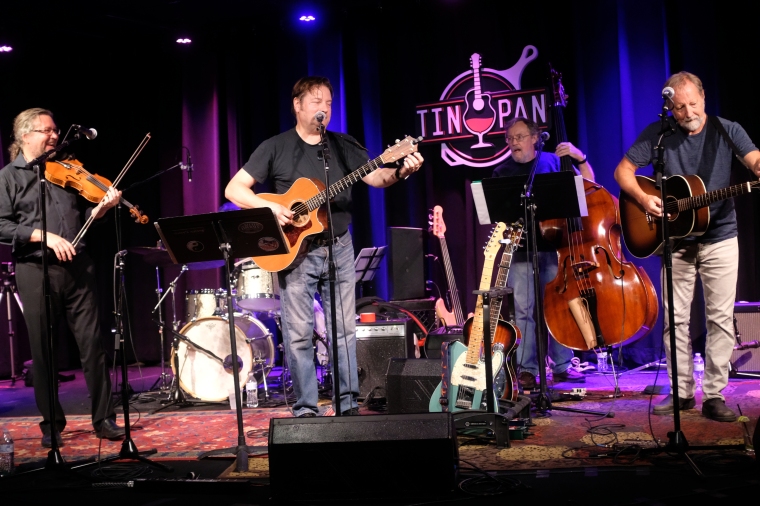 The song now called “Finger in the Air” has been through some iterations. It was once called Cherokee, and it’s even been called Dreamcatcher. We’ll record this song on the new record next week.

Clark and Allen, the songwriting engine of the Bitter Liberals. And Michael, the actual engine on bass.

Scarlet at Midnight is a song we’ve played out many times but changed significantly with our new configuration. Have a listen to the soundboard version. We played this one as an encore at the very end of the Tin Pan show. Here is an old writeup about Scarlet from our Again release.

Second thing! When we’re in the studio next week record 11 new songs, we’ll make sure to put up a Wednesday posting as an update. We’re more ready for the studio than we ever have been as a band. Our plan is to record all the tracks with no vocals first and then embellish the base cuts. We’re planning to take out time with this record and get things right. We’re recording with Will Shenk an National Media Studios again in Front Royal.

Are we ready to record? Yes, we are.

Thing the third. We have a new musica location. Expect us to continue to produce top quality music from the Blue Ridge. We’ll call it the FAYA house. 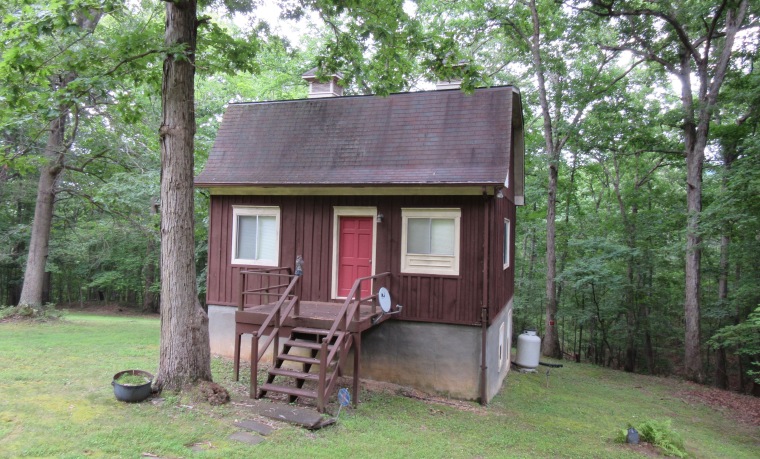 Lil cabin in the woods